Our prolonged Florida stay started with a stop at Tropical Palms Resort in Kissimmee Florida. It was especially beautiful pulling into the colorful-cabin-filled resort after a very cold winter in Texas. It was sunny and warm as we pulled in and waited to be assigned a lot number. The spaces were very tight but once we were parked we realized we had plenty of yard space for Lil.

Our Florida stop would end up being over a month long and would be filled with many amazing memories. We decided to purchase annual passes for Disney World and being able to spend many short days at the parks as opposed to 5 or 6 LONG days was incredible. We were able to really enjoy the parks for an afternoon or evening or even just for dinner without having to walk 10+ miles per day. It was also Lil’s first time to Disney World and I don’t think I have to tell you how much she loved it.

I was so surprised by the rides she enjoyed. There were several that I assumed she would be afraid of, but she loved them! She rode her first roller coaster, Slinky Dog Dash with me and she LOVED it!

One of the most exciting things that happened while we were at Tropical Palms was that we decided to purchase electric scooters so we have a way of exploring around resorts and nearby areas. We ended up getting the EMOVE Cruiser, mine is orange and hers is purple. They’re a blast! What made them especially valuable in Kissimmee was that our resort was located right next to Old Town, a shopping district filled with cool shops and restaurants. We spent several evenings riding around there and checking things out.

Of course being in Florida also meant getting to spend lots of time with family. We had lots of great family dinners with everyone and on several occasions Mimi and Happy took Lilabean to the parks so they could enjoy seeing her have fun.

We also finally got to experience Disney World with the Christmas decorations up! We’ve been several times but never during the Christmas season, its definitely more magical.

One of the highlights of Tropical Palms were the friends that Lil made while we were there. She met a family that were from New York and became fast friends with their kids. They exchanged numbers when they left and she’s asked about them several times since we left.

Our next stop is Disney’s Fort Wilderness Campground. We’re hoping to spend a lot more time at the parks because of how simple transportation will be. We’ll update you soon! 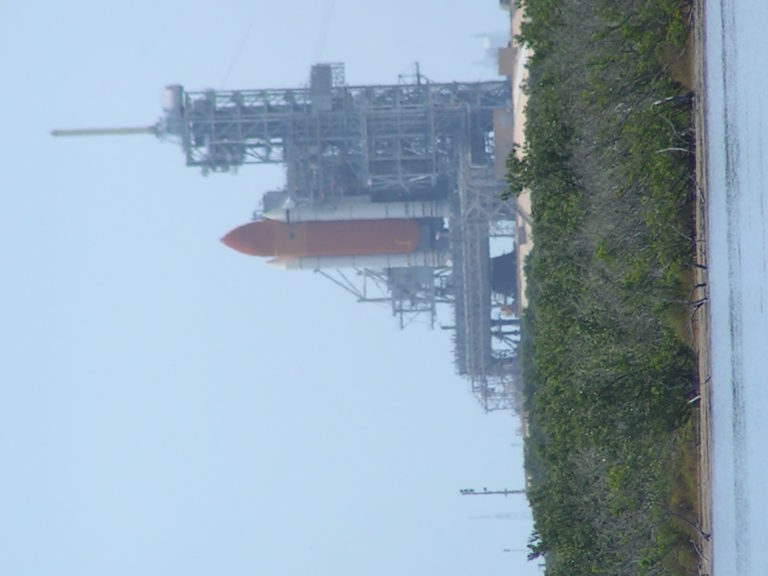 More Posts in RV Living
Made with ❤️ from wherever our RV is parked.
Headless WordPress with NextJS + TailwindCSS