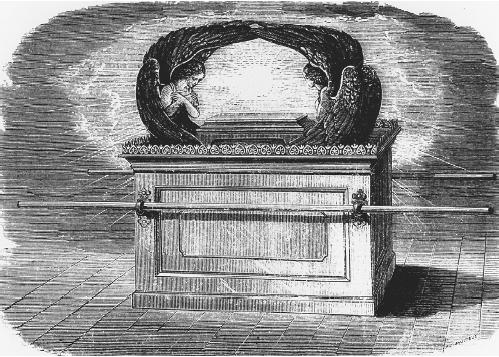 The New Ark of the Covenant

Even before I was a Christian I was always fascinated with the Ark of the Covenant. What was it. What was it used for, and why was God living inside of a box? I was confused to say the least. I’ve since come to learn that, according to the Bible, it’s impossible for a person to understand the meaning of the Bible and it’s stories unless they have the Holy Spirit, which only exists in those who have a relationship with Christ. Like most people I had seen “Raiders of the Lost Ark” and most of my ideas came from that movie. Obviously the movie wasn’t very accurate.

The Ark of the Covenant, in the Old Testament, was a physical symbol and reminder of God’s agreement, or covenant with the Israelites. It contained “… the gold jar of manna, Aaron’s staff that had budded, and the stone tablets of the covenant.” (HEB 9:4) Each of the items was a reminder of what God had done for the Israelites., specifically rescuing them from slavery under the Egyptians and Pharaoh. The tablets were a reminder of how they must live.
There are very detailed writings in the Old Testament that explain what the Ark looked like. Here are a few key facts:

Pay close attention to the phrase above: “Attached to the Ark’s covering lid were two Cherubim. God’s presence did not dwell inside the box, but remained over the Ark, in between the two Cherubim.“

10Then the disciples went back to their homes,
11but Mary stood outside the tomb crying. As she
wept, she bent over to look into the tomb 12and saw
two angels in white, seated where Jesus’ body had been, one
at the head and the other at the foot. John 20:10-12

The true “Mercy Seat” was the place where Christ’s body was laid in the tomb. Christ was the blood of the new covenant, poured out upon the Mercy Seat for the forgiveness of sins. No longer would man earn his way to heaven with the outward signs required by the law; Man would only be saved by faith in Jesus Christ. No longer would men make temporary sacrifices, in effect purchasing a 365 day stay of execution until the next day of atonement. God would make the sacrifice this time, and it would be permanent.

11Day after day every priest stands and performs
his religious duties; again and again he offers the same sacrifices,
which can never take away sins. 12But when this priest
had offered for all time one sacrifice for sins, he sat down
at the right hand of God. 13Since that time he waits
for his enemies to be made his footstool, 14because
by one sacrifice he has made perfect forever those who are being
made holy. Hebrews 10:11-14

Many are interested in finding out if the Ark of the Covenant still exists, and if it does, where is it. The
truth is, if it does, it’s worthless. The things it once symbolized have since become obsolete, and the law it contained no longer sufficient for reconciliation. Christ is the New Ark of the Covenant.

6Jesus answered, “I am the way and the truth and the life. No one comes to the Father except through me.
John 14:6

All praise be to the One who was not only sufficient but willing to be offerered as a spotless sacrifice to the Holy Father. And not only a sacrifice, but a permanent sacrifice for the salvation of our souls! Praise Him!