From what I’ve seen the general consensus among Lost fans is that last night’s episode was a big letdown, and I would have to agree. As I thought about the episode I realized that other than what Jack’s tattoo says/means we don’t really know anything we didn’t already know about the show.

What seems to really be upsetting people is how ABC has been promoting each upcoming episode. Each promo is loaded with grandiose statements like â€œEvery will change!ï¿½? or to use this previous episode promo as an example â€œThree major questions will be answered!ï¿½? I’m not a marketing expert but I know that you can’t promise that every episode is going to be â€œthe best episode everï¿½? and expect people to continue to put any stock in your promotions. I know it’s there job to draw viewers to the show each week, but surely they don’t expect their wolf-crying to yield results for an infinite amount of time. The producers of the show have made it clear on a couple of occasions that they don’t usually agree with the spin ABC is putting on the promos, but obviously there’s not much they can do to change things.

So what do you think? Do you think it’s possible that these episode promos are having an ill effect on the show’s overall appeal or more specifically ratings? Do you think people will get tired of the over-the-top promises of the promos when the overall effect of the episode wasn’t quite so significant? 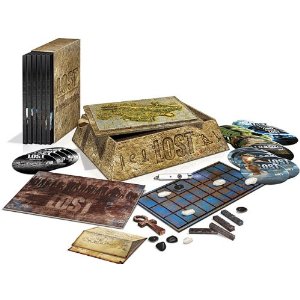